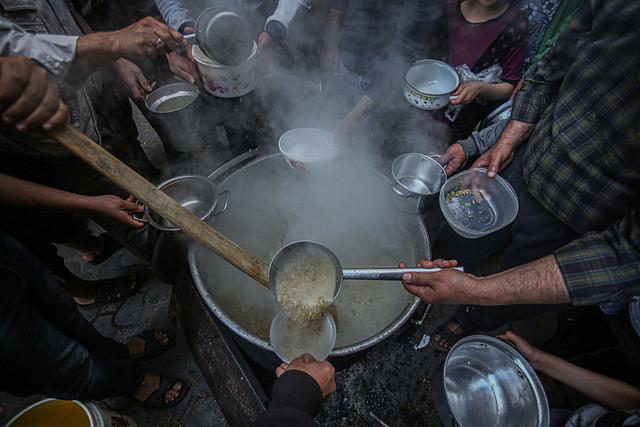 Lately there is a dangerous trend of blaming preppers for current supply chain issues. This seems to be emotionally driven and doesn’t even pass the slightest examination of rational thought. Nor does it match reality and past situations. Let’s take a look for ourselves.

When I was a child, my mother’s friend Mrs. Henich described a time she lived in a week-long blizzard. They had power. They had phone lines. They had food, because she had laid up some preps ahead of time.

About halfway through the week, her neighbor called begging for just an egg, because their cupboards were bare. She felt guilty asking but was desperate for her hungry children. Word soon got out, the Henich’s had food, and they were willing to share with the entire street.

Did her prepping cause the food shortages others experienced during that blizzard? No. But her prepping did save them.

A similar situation happened with my parents in a drought. I’ve written about this in a previous blog.

The city turned off the public water. Our garden survived anyway, and so did our neighbors’ gardens. Why? Because we had laid up stores of extra water. We had prepped.

Did our prepping cause the water shortage? No. That was the drought. But our prepping did help our neighbors during the shortage.

In my own adult life, prepping also saved my own family. In February of 2021, a terrible ice storm covered everything. Trees broke everywhere and power poles snapped in half. One branch came down on our roof. Another smashed the roof of our neighbor’s car.

We had prepped, that’s how.

A solar charger kept our cell phones powered up. Musical instruments, jigsaw puzzles, and board games kept our children entertained. Camping supplies kept our family fed and warm. All of this was done without having to add to the hazardous road conditions by driving around looking for warmth and a bite to eat.

I did see the lines at the grocery stores and restaurants that had power, because I did leave my home to assist a nearby relative who was afraid his pet would freeze without someplace warm to go. But our household was able to leave all those grocery store and restaurant supplies for those who needed them more, even while we helped another, because we had prepped.

People have a tendency to blame others for having what they do not. If someone works hard for years and grows rich, their relatives often call them lucky, then get mad at them for not sharing their wealth to the point of driving them back into poverty.

It’s the crabs in the bucket mentality. If there are multiple crabs in a bucket, you don’t have to put a lid on it to keep them from escaping. If any one crab tries to climb out, the others will grab onto them and pull them back inside. This is what’s happening with the current trend of blaming preppers for lack of supplies.

This is also what the classic fable with the ants and the grasshopper is all about. The ants laid up stores during times of plenty. The grasshopper could have done the same, and in some versions of the tale, the ants tried to warn the grasshopper to do so. Since he just danced and played instead, when times grew lean he starved, while blaming the ants for having what he needed to survive.

During the good times there had been so much abundance, the ants couldn’t possibly have taken everything. There had been plenty enough for the grasshopper to also lay up stores for his future. The grasshopper died because it refused to heed warnings, not because the ants took responsibility for their own future.

If you’re a Christian, this is also a Biblical concept. Joseph laid up enough stores to last multiple nations through a seven-year famine. Did the other nations starve because Joseph had laid up all that food? No.

While they were all trying to take from each other, there was no need for him to take from anyone. Quite the opposite. He fed them instead.

All of this is summed up best by one Shaz Duthy, a member of the Facebook group Goshen Prepping. “I realized because I prepped last summer, I have not run out of the winter items that are in limited supply ATM. I haven’t had to buy, leaving products available to others that need them. Prepping IS socially responsible!”

Think back on some times or situations where preps have saved not just you, but others around you. Then you be the judge whether or not you’ve caused shortages, or if you’re being the most socially responsible person in your area by laying up preps.

If you like this line of thinking, learn more from other articles in my blog found at www.rebekaholsonventures.com. There you can also sign up for a newsletter that will let you know every time a new post comes out. As a special ‘thanks’ for signing up, you’ll receive a copy of my great-grandmother’s favorite cake recipe, which requires an ingredient most people throw out as waste. After all, reducing waste is one thing all preppers need to learn. Sign up today!